Making the power of computer vision AI accessible for the Agroindustry  ​

Scalable
Grow as you wish the platform capacity makes it borderless

Secure
We comply with the regulations, your data is 100% safe

Relying on comprehensive visual and sensor data, it is possible to predict the yield – all with low costs and easy extensibility 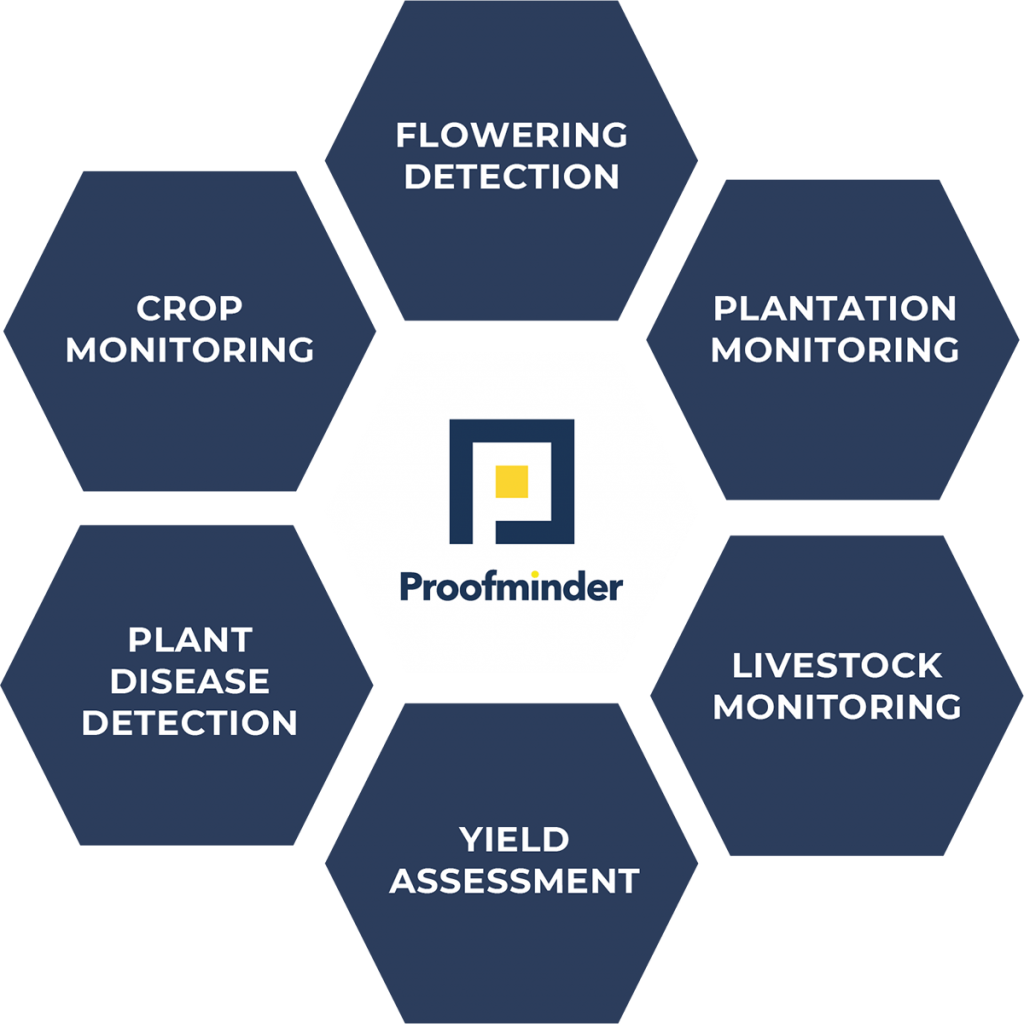 Based on drone images, it is possible to analyse the soil / area of plantations like trees, shrubs, etc. in terms of productivity. This paves the way for data-driven increases in productivity

Ragweed pollen is a common allergen causing yearly suffering for millions of people. A single ragweed plant can produce up to a billion pollen grains in a season, which carried long distances by the wind.

It is a major health concern at many parts of the world – also various countries have laws triggering fines if too much ragweed is found on a property.​

Our partner turned to Proofminder to be able to recognise and identify ragweed on many thousand hectares a day based on plant phenology. ​It took just a few weeks for visual AI development and deployment on the Proofminder platform ensured scalability right away.

Machine detasseling only results in around 85% pulling vs the needed 99.7% for hybrid corn seeds.  Any tassel not removed during the detasseling phase of hybrid seed corn production can result in unwanted pollination, degrading the necessary genetic purity, quality of seeds thus impacting its commercial market value.

Proofminder provided end-to-end coverage of the AI lifecycle necessary to realize this agronomy use case – it allowed to capture and process aerial imagery of 5 distinct fields, resulting in over 250Gb imagery. Annotation and review workflow of over 7000 plants was possible with model training cycle completed in mere hours leveraging cloud GPUs and allowed for easy use by agronomists via simple web and tablet map visualization.

Book a free slot to discuss your agronomy use case

Discuss My Use Case 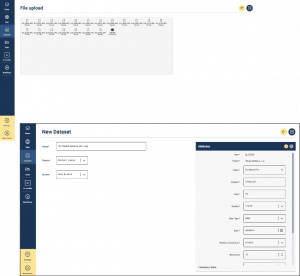 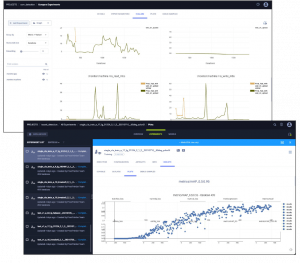 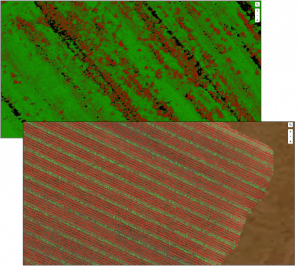 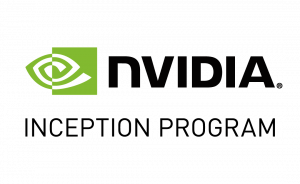 Get started with Proofminder today

Let's talk about your project

Fill in the form to get a free personal consultation

We use cookies on our website to give you the most relevant experience by remembering your preferences and repeat visits. By clicking “Accept”, you consent to the use of ALL the cookies.
Do not sell my personal information.
Cookie Settings Accept
Manage consent

This website uses cookies to improve your experience while you navigate through the website. Out of these, the cookies that are categorized as necessary are stored on your browser as they are essential for the working of basic functionalities of the website. We also use third-party cookies that help us analyze and understand how you use this website. These cookies will be stored in your browser only with your consent. You also have the option to opt-out of these cookies. But opting out of some of these cookies may affect your browsing experience.
Necessary Always Enabled
Necessary cookies are absolutely essential for the website to function properly. These cookies ensure basic functionalities and security features of the website, anonymously.
Functional
Functional cookies help to perform certain functionalities like sharing the content of the website on social media platforms, collect feedbacks, and other third-party features.
Performance
Performance cookies are used to understand and analyze the key performance indexes of the website which helps in delivering a better user experience for the visitors.
Analytics
Analytical cookies are used to understand how visitors interact with the website. These cookies help provide information on metrics the number of visitors, bounce rate, traffic source, etc.
Advertisement
Advertisement cookies are used to provide visitors with relevant ads and marketing campaigns. These cookies track visitors across websites and collect information to provide customized ads.
Others
Other uncategorized cookies are those that are being analyzed and have not been classified into a category as yet.
Save & Accept